Home » The Bostonians Show Off Harmonies at Spring Cafe 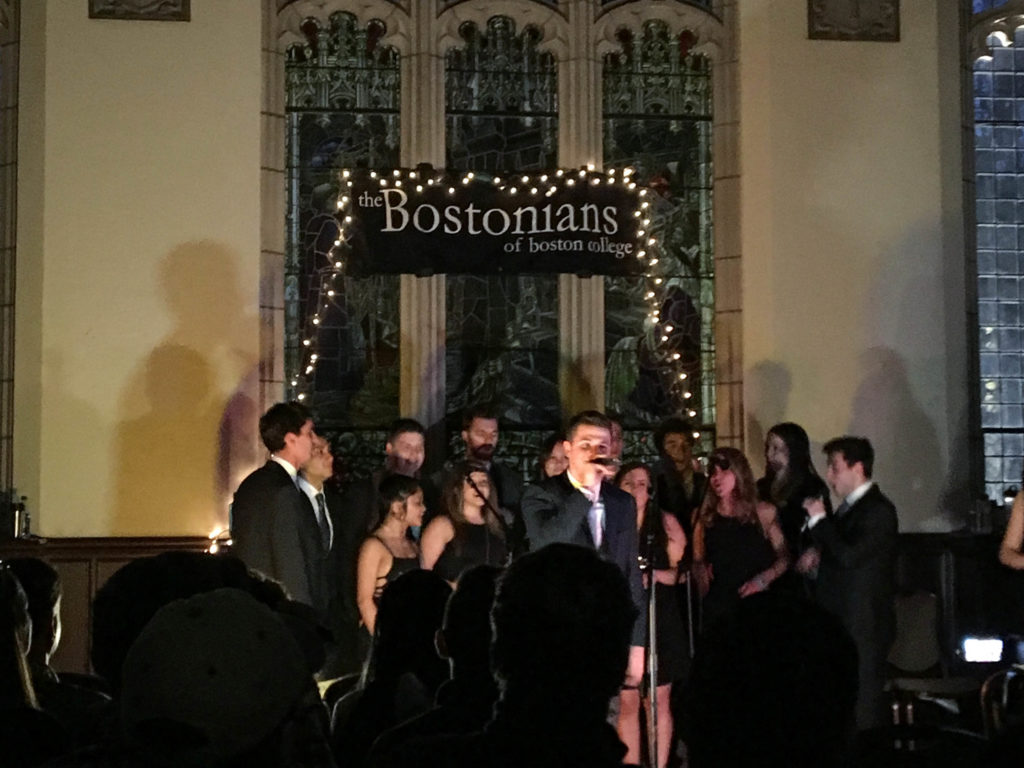 The Bostonians Show Off Harmonies at Spring Cafe

It was clear Friday night at the Bostonians’ Spring Café that they’re not only one of the most popular student groups, but also among the most talented. The audience filled every single seat in Gasson 100, and even people who arrived on time were forced to line the walls. Rowdy students showed up in mass quantities to support their friends and roommates in the show, and the atmosphere was ecstatic and deafening as the singers entered the room.

The Bostonians opened the show with a couple of lesser-known songs, but then the majority of the group left the stage, and this semester’s new members—Jake Abrams, LSOE ’20; Michael Considine, MCAS ’21; and Creel Ng Cashin, MCAS ’21—performed their “newby project.” In this Bostonians tradition, they cleverly combined songs like Jason Mraz’s “I’m Yours,” Lady Gaga’s “Paparazzi,” and Alicia Keys’s “No One.” The way the new members tackled the project was admirable, especially considering they’ve only been part of the group for a couple of months. But this part wasn’t purely a cappella: Abrams also played acoustic guitar to accompany their vocals. This trend of multifaceted talent would continue in later parts of the show, as other members played instruments too. “It’s truly a crazy experience to be surrounded by and perform with such talented people,” Abrams said. “I’m just happy to be a part of it.”

Highlights of the show included solos by Hannah Crowley, MCAS ’18; Chris Cheeseman, CSOM ’20; and Dalton Letorney, MCAS ’21. They all seemed to hit every single note and fill the room with their impressive and powerful voices. Also, the vocal accompaniment from the ensemble was beautiful and supported the soloists very well. In the spirit of St. Patrick’s Day, Will Sutor, MCAS ’20, gave a heartfelt performance of a traditional Irish love song all by himself.

Toward the end of the show, duet performances of Sia’s “Titanium” and Adele’s “Skyfall” were particularly beautiful as they were accompanied by Letorney’s skillful and smooth piano playing.

Letorney caught the audience a little off guard—particularly the parents—with his T-Pain medley, including “Buy U a Drank,” “Best Love Song,” and “I’m N Luv (Wit a Stripper),” but it was a great performance. Some of the members embraced more of a band setting for their rendition of John Mayer’s “Slow Dancing in a Burning Room,” which included Mayer’s guitar solo, but performed on saxophone.

The group ended the show by bringing up some Bostonians alumni from the audience for an animated and lighthearted performance of “Love the One You’re With.”

The Bostonians Spring Cafe
The Fratellis Waltz Through ‘In Your Own Sweet Time’
“Rearview Town,” “I Want Love,” and More In New Singles This Week 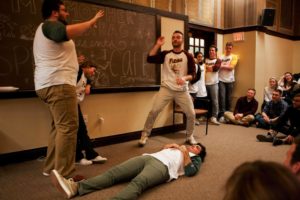 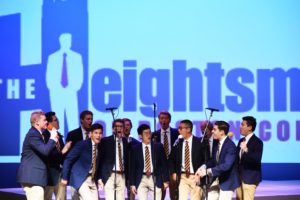