In Response to Union Letter to Trustees and Faculty, Quigley Letter Defends University

Provost and Dean of Faculties David Quigley issued a letter to the Boston College community Tuesday evening criticizing the BC Graduate Employees Union’s (BCGEU-UAW) demands of the University, a notice that was also sent to graduate students via email.

The letter was written in response to the union spreading what the administration believed was false information in correspondence sent to University trustees and faculty members.

In response, the union released its own statement condemning Quigley’s letter to the community.

The letter sent to trustees was sent by Beverly Brakeman, director of United Auto Workers (UAW) region 9A. Quigley quoted directly from that letter in his own missive to lay out the arguments the administration believed were untrue. Brakeman’s letter ultimately appealed to trustees to ask BC to recognize the union and respond to the UAW and graduate students requests for bargaining as Harvard, Georgetown, Brown, and other competitor universities have.

The union announced earlier this week that it will picket the annual Pops on the Heights fundraising event this Friday. Last year, the signature event—attended by some of BC’s largest donors—raised a record $14 million for scholarships. Administrators said to The Heights that picketing Pops was not appropriate given the the cause funds are being raised for.

The union also placed letters in faculty mailboxes across campus urging professors to join the union picket on Friday. The letter refers to the picket as “informational” and “peaceful” with the intention of spreading the union’s message to the University’s “most generous benefactors.” It categorizes BC’s unwillingness to bargain as a betrayal of its Jesuit values.

“If [the University’s] faith cannot hold them accountable, perhaps [its] donors can,” the letter to faculty said.

The main issue both sides disagree over pertains to exactly how much money graduate students are receiving through various benefits, and whether those benefits add up to a livable wage. They also disagree over how effective BC’s sexual harassment policies are.

To begin his letter, Quigley reiterated the University’s position that the results of the 2017 election in which BC graduate students voted in favor of unionization are nullified and do not need to be recognized by BC since the union rescinded its petition with the National Labor Relations Board last February. He also laid out reasons why the University believes it offers adequate funding to its graduate students, directly quoting union arguments and providing responses on issues such as stipends, health care coverage, and sexual harassment policies.

“Recent days have brought renewed calls by some graduate students for the University to recognize their right to establish a union and to enter into collective bargaining,” Quigley said in the letter. “Several claims made by union activists and their supporters deserve to be challenged[.]”

Quigley stated that the University’s investments in graduate students exceed $40,000 when including stipends that start at $20,000, “other benefits,” and full tuition remission. The provost noted that stipends will continue to increase over time. He also cited 100 percent health care premium coverage for graduate students as a response to the union claim that “most have no health care.” Quigley stated that BC employees only get 75 percent coverage.

He also noted that, in the past, the union has asked for parental leave, which is now available  for funded doctoral students at all eight colleges in the University.

The union retweeted a thread from one of its members, Michael Bailey, GMCAS ’24, that pushed back on the claims Quigley made, in addition to leveling its own criticism of the letter.

The union’s statement to The Heights expressed disappointment, citing the $20,000 wages as being too low. The union does not consider the “other benefits” BC provides to be a part of its wage package.

Bailey noted that grad students do not receive dental coverage and that he had not been to a dentist in six years, due to unaffordable expenses.

Although it is not included in health insurance coverage, the University does offer dental insurance at what it calls rate to both graduate students and employees.

In its statement, the union called for a third-party arbitrator to be added to the University’s harassment policy. He also said that the “single email” in which these policies are detailed at the start of academic years is not enough to educate graduate students on the resources available to them.

Correction (9/28/18): This story has been updated, as it contained incorrect sourcing information. The facts contained in the article are unchanged, as they have been confirmed by other means. 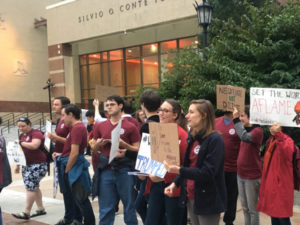 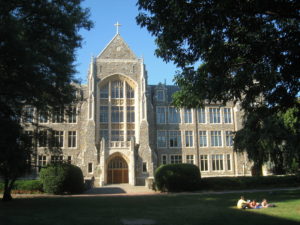