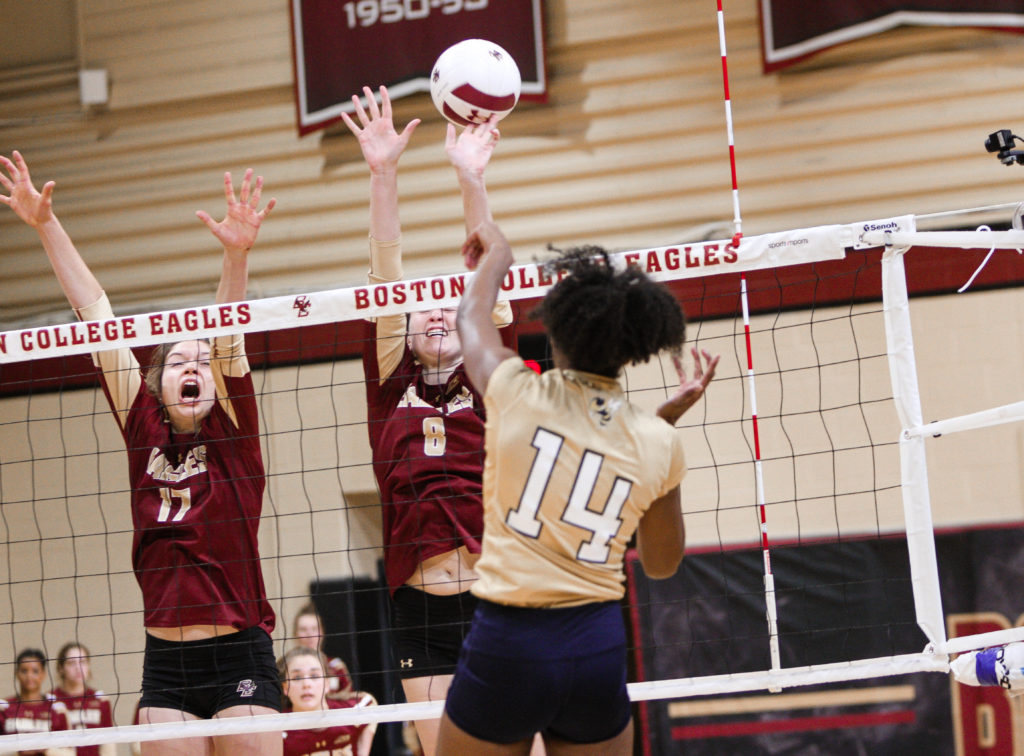 Following a tough shutout loss to Duke, Boston College volleyball looks to return to its hot start with another ACC matchup against Wake Forest away on Sunday. The Eagles (12-3, 2-1 Atlantic Coast) were undefeated against conference opponents going into Friday’s game at Duke and will look to avoid another loss to a Wake Forest team that has started conference play 0-3.

The game will be broadcasted on ACC Network Extra.

1. The Eagles started the season 2-0 against ACC competition before falling to Duke on Friday.

2. Junior libero Makenzie Morrison’s 4.26 digs per set is tied for fourth-best in the ACC.

3. Sophomore Ally Mullen is fifth in the ACC for blocks per set at 1.21.

1. Wake Forest’s last ACC matchup was a 3-1 loss against Syracuse.

3. All of the Demon Deacons’ ACC matchups have been decided in straight sets.

The two teams last met in 2017, when the Eagles fell to Wake in three sets, 25-22, 25-17, 25-22. Under new head coach Jason Kennedy, the Eagles have been thriving early in the season and under a revitalized offense are capable of maintaining their strong ACC record.

After a rough beating from Duke, BC looks to bounce back against a much weaker Wake Forest team. Though the Eagles are undefeated at home, they have struggled on the road, posting an away record of just 2-3. If BC continues to run its block heavy defense and gets another strong hitting performance from its power hitters, then the Eagles should be sure to regain composure and better their ACC record.