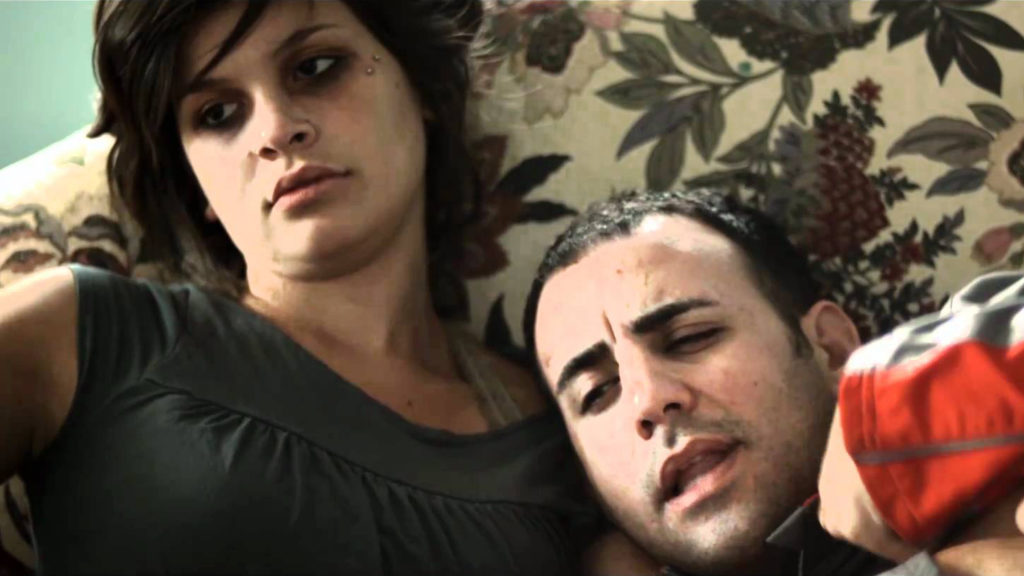 Until this week, I thought I understood what a Boston movie was. Boston movies are so ubiquitous in the film industry that they are almost a genre all on their own. They all feature establishing shots of the city, tracking shots of “real Bostonians,” an emphasis on family and loyalty, and—most importantly—the accent. This phenomenon is so well-known, it’s the subject of an entire Saturday Night Live skit called “Boston Accent.”

So, you’ll forgive me for deluding myself into thinking that I knew, that I understood, what a Boston movie was. I was wrong.

So I watched Oxy Morons. It’s free to stream online, there’s a website for it and everything. And this movie blew me away—this is a real Boston movies. This is the movie that other Boston movies could only aspire to be, and I’m convinced that the rest of them are posers.

First, Oxy Morons follows a pair of adult brothers as oxycodone hits the streets of Boston. Danny (Johnny Hickey) and Jason (David Burns) grew up in and still live in the projects in Charlestown—across the river from the North End. When oxycodone becomes prevalent in pharmacies and drug stores around Boston, the two begin to rob them at gunpoint, selling the high strength narcotic as a better and more powerful alternative to percocet. They also begin using it themselves. The movie follows Danny through a downward spiral of crime, addiction, tragedy, and misfortune. For context, Oxy Morons is semi-autobiographical, so nothing in the film is something that Hickey hasn’t personally experienced or known someone who has. The movie is brutal and hard to watch. It’s difficult to watch the raw violence, the gritty underbelly of high strength narcotics, and their effects on those who use and abuse them. It’s not an easy watch, but I would recommend it to anyone who thinks they can stomach it.

But there are a couple of things that make Oxy Morons the most Boston movie of all the Boston movies.

Thing the first: The accents. Yes, I know that the other movies have the Boston accents. What they don’t have, are the actors who talk like this in real life. I spoke with Hickey and he sounds just like he did in the movie. You can’t get any better than real.

Thing the second: The establishing shots. Other movies might show you Fenway or Prudential Tower. Oxy Morons shows you the orange line crossing the bridge. It shows you the beat-down projects in Charlestown. It shows you the harbor facing Seaport and the back part of the North End. It shows you the correctional facility in Barnstable. If you’re making a crime movie about Boston, these are the things you need.

Thing the third: the lingo. This might be the most important thing here. There is a scene in Oxy Morons in which one character asks another to “hand me the tonic.” He is referring to a two liter bottle of soda. No one except a very small portion of Bostonians says tonic when they are talking about soda. Ben Affleck and Matt Damon don’t say tonic in their movies. It’s really the little things.

But the Boston hook aside, watch Oxy Morons. It’s very good, and it’s a very critical and open-eyed look at what painkillers do to marginalized communities.