Chilacates ‘Brings Street to The Street’

Every quesadilla brings a different experience.

This might sound a bit dramatic, since it is just tortilla and cheese, but it is not dramatic. It’s true.

The experience brought on by eating the quesadillas at Chilacates, now open at The Street in Chestnut Hill, is one of the better ones you can have. The classic chicken and cheese quesadilla has a perfect ratio, accompanied by satisfyingly attractive sides of guacamole, sour cream, and pico de gallo. It’s nothing fancy—but a quesadilla shouldn’t be.

Chilacates is a restaurant similar to that of an El Pelón: You don’t walk along the counter and point at the ingredients you’d like to add to your meal, but you do order at a counter and hopefully snag one of the few seats in the place.

It has the standard options—burritos, quesadillas, tacos, enchiladas, taco salads and plates, tortas, and bowls. Everything served is made fresh except for the quesadilla and burrito tortillas, owner Socrates Abreu said. Soon, he hopes those will be fresh too.

While the dinner options might be typical, there is one very important thing that sets Chilacates apart from its competitors: dessert. The flan and tres leches are refreshingly cold, and are too good to resist no matter how many chips you ate with your guac and salsa.

The bowl is different from similar dishes at competing establishments—instead of putting the ingredients on top of each other in a dish, the plate is laid out with each food placed next to each other creating a map of colors. You might not want to eat it, because then you won’t be able to look at it.

That’s a common theme at Chilacates: everything is visually appealing. The moment you walk in, your eyes are glued to a giant mural of Frida Kahlo on the right wall, one that was painted by Ray Liriano—a Boston-based artist and musician—in just a few months. Abreu said that it took longer than it normally would because the artist was working in the building in December—before it had heat.

Chilacates is expanding from its original Jamaica Plain location and the second location on Amory Street in Boston. Abreu said he’s had people traveling from far away to visit his stores—one family at the Chestnut Hill location told him they came from Wellesley to celebrate their son’s birthday.

Chilacates is next to Polka Dog Bakery in the strip that also has Legal Seafoods, Shake Shack, and Star Market on Boylston Street—Abreu’s selection of this new spot was intentional.

“I felt like there wasn’t a lot of flavor around here,” he said. “We’re bringing some street to The Street.”

Featured Image by Ally Lardner / For the Heights 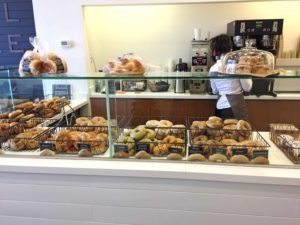 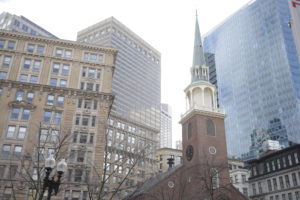