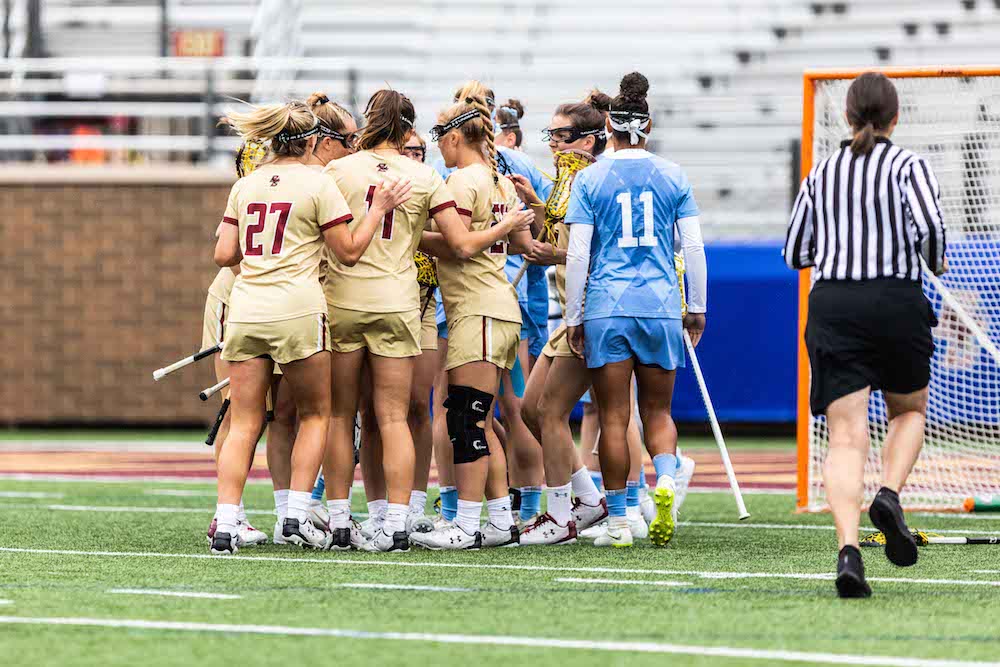 After a second straight loss in the ACC title game to North Carolina, No. 1 Boston College lacrosse regrouped and now aims for a third straight run to the NCAA finals as it opens tournament play on Sunday afternoon. The Eagles, who were dealt a 15-13 setback by the Tar Heels at Alumni Stadium on April 28, will play host to Pac-12 runner-up No. 20 Colorado in the second round. The Buffaloes used a four-goal run in the final nine minutes of their first-round matchup to dispatch Dartmouth on Friday afternoon by a 16-13 margin, erasing a late one-goal Big Green lead.

The game will be available to watch on ESPN3

What to expect from Colorado:

The Buffaloes knocked off Dartmouth after faltering to USC in the Pac-12 title game, and the 20th-ranked team in the country is no slouch. Colorado makes its living on defense, as it enters with the 16th-ranked scoring defense (9.47 goals allowed per game) in the country. It’ll have to have a very strong showing on that front against the Eagles—a team hasn’t been held to under 13 goals this season—as the Buffaloes rank just 69th in scoring offense (11.65 goals per game).

Still, even with a subpar attack by national standards, Colorado boasts the Pac-12 Attacker of the Year in Miranda Stinson. She helped the Buffaloes to the conference title in her junior year, then followed that up by leading the conference in goals (63), points per game (4.35), and shots on goal per game (6.24). She’s not alone, though, as Stinson is joined by Samantha Nemirov and Sadie Grozer, who’ve totaled 49 and 35 goals, respectively.

The defense, meanwhile, is anchored by goaltender Julia Linsella, an All-Pac 12 Second Team selection, and defender Olivia Aschman, who earned a first team nod. The Buffaloes held No. 7 Michigan to eight goals—five less than its season average—and No. 13 Denver to nine. The Eagles will likely find themselves in a grind-it-out mode on offense against a defense that has a similar ranking to their own.

The last—and only—meeting between these teams was back on March 25, 2015. BC came away with a 17-9 win, running its undefeated streak at the start of the season to a perfect 10-0. The Eagles were in control throughout, doubling up the Buffaloes through the first 15 minutes by a 4-2 margin. Colorado made it interesting, entering the break trailing just 7-5, but BC outscored its hosts by a 10-4 margin in the final 30 minutes for the comfortable victory. The Eagles were led by Mikaela Rix, who had five goals and an assist, while Mary Kate O’Neill had a hat trick of her own. Tess Chandler and Sarah Mannelly both netted two goals and an assist in the win. No current BC players played in the matchup with Colorado.

BC hasn’t lost in the first round the last two seasons en route to deep playoff runs, and it’s unlikely a team with a subpar offense will have enough to keep up with them. Colorado’s only losses this year came to ranked foes, however, so it won’t be a walk in the park. The Buffaloes also have the benefit of winning their last game—in Newton, nonetheless—and will try to build off that performance. Three of the previous four years before BC’s two championship appearances ended in first-round heartbreak, though, so the Eagles will aim to avoid that outcome on Sunday afternoon.