Home » On ‘Keep ‘Em on They Toes,’ Brent Cobb Returns to Country 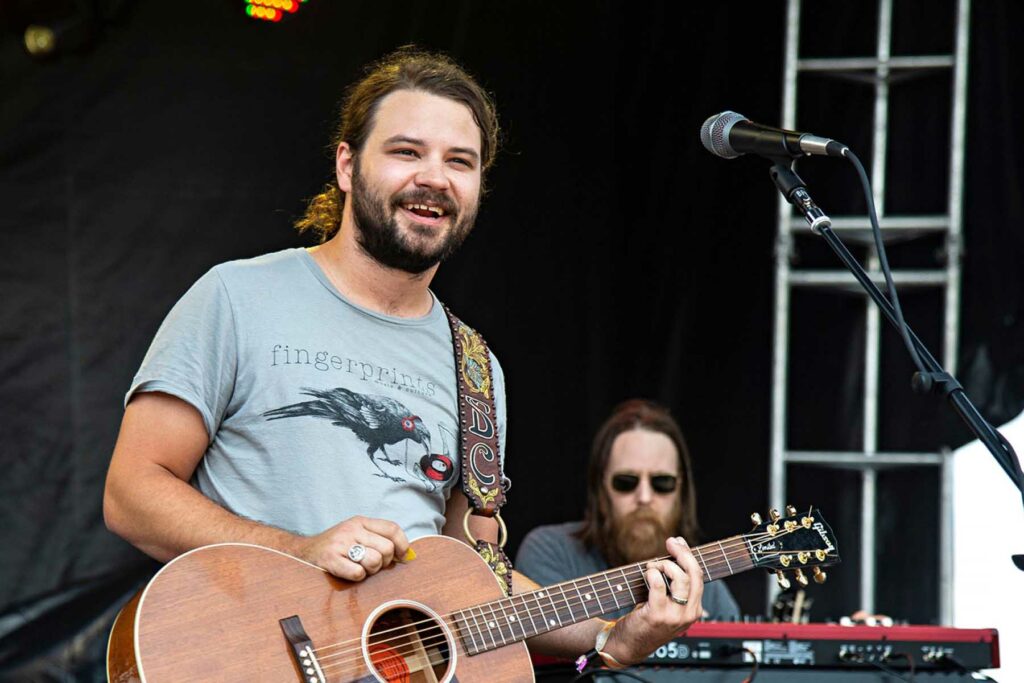 On ‘Keep ‘Em on They Toes,’ Brent Cobb Returns to Country

With his newly released album Keep ’Em on They Toes, Brent Cobb showcases his knack for pairing timely, thoughtful songwriting with pared-down acoustic guitars, violins, and harmonicas, and provides a rather unique take on modern country music. While Cobb’s solo projects are not well known by the average country music fan, he is no stranger to success, having been awarded a Grammy nomination for his 2016 album Shine on Rainy Day. He has also written for country music superstars Luke Bryan, Miranda Lambert, and Kenny Chesney. But in his new record, Cobb takes a radically different approach from his peers. Rather than anthem-ready choruses and driving beats, Cobb opts for songs formed around reflective lyrics and acoustic guitars.

In the title track, Brent Cobb establishes his sound for the rest of the album. The song features effortlessly strummed acoustic guitars and minimal bass and encourages the listener to march to the beat of their own drum, although, ironically, there is next to no percussion in the song. In the chorus, Cobb croons, “Make ’em gotta know what they wouldn’t understand / The best thing you can do when the ignorance shows / Is walk on to your own beat / And keep ’em on they toes.” Cobb will come back to this idea of staying true to oneself regardless of what others say a few times throughout the project.

The second song of the album, “Shut up and Sing,” finds Cobb responding to critics who say that artists shouldn’t weigh in on politics and social issues. Cobb’s answer is short and sweet, and he concludes the chorus with: “Let’s take these blinders off our eyes and pull the cotton from our ears / Until somebody says somethin’ that means somethin’, I’ll shut up and sing.” Cobb makes it clear that he’ll continue to write and sing about anything and everything, especially the events that shape not only his life, but also the world at large. He accompanies these skillfully delivered lyrics with honest, finger-picked and strummed acoustic guitars, an airy bassline, and two rollicking harmonica solos.

“Good Times and Good Love,” which Cobb co-wrote with Luke Bryan, is a quintessential country ode to love that also deals with the inescapable passage of time. Cobb, with his soothing vocals, declares “Darlin’, good times and good love don’t last forever /  That’s too bad because those are two things I really like.” But the simple acoustic guitar and classic country-sounding violin and piano convey the sense that Cobb has come to terms with the fact that not everything lasts forever, but he is still determined to make the most of what he has because “when a girl like you shows up, a man settles down.”

The message of the seventh song on the record, “Soapbox,” is in the same vein as both “Keep ’Em on They Toes” and “Shut up and Sing,” as Cobb sings in the chorus, “You might wear out my nerves, but you ain’t changing my mind / By, good God, let’s hop off the soapbox and get along.” An old-timey piano riff, a bright-sounding tuba, and acoustic guitar accompany Cobb’s syrupy vocals to create a breezy and chipper track that gives way to three slower songs that complete the album.

The second-to-last song from the album, titled “The World is Ending,” has Cobb contemplating the state of his world, and while he doesn’t explicitly name any person or event, it’s not hard to understand the political subtext, especially in 2020. To help convey his message, Cobb again turns to the sincere acoustic guitars and piano that have served him so well throughout the project.

The conclusion to Brent Cobb’s new album, “Little Stuff,” contains more archetypal country music lyrics, again accompanied by a mellow acoustic guitar and violin. In the first verse, Cobbs says he “Found some peace in paradise beneath the pines / Caught some bream and largemouth jumpin’ / I saw heaven in the clouds.” For much of this record, Cobb has been searching for answers to pressing questions, but in his final song, he seems to find his answer in the “Little Stuff.” He concludes the album neatly as he sings “Let the rain go, chase the rainbow / There’s a lot of truth in all that little stuff / Ain’t that enough?”

Brent Cobb, on his newest album Keep ’Em on They Toes, boasts his tremendous songwriting ability while keeping the instrumentation as minimal as possible. While he flirts with Americana music, Cobb sticks mostly with unembellished acoustic guitars, piano, and violins. Although some of his lines may sound enigmatic, Cobb gives ample time and space for the listeners to fully immerse themself in the record and discover Cobb’s message.