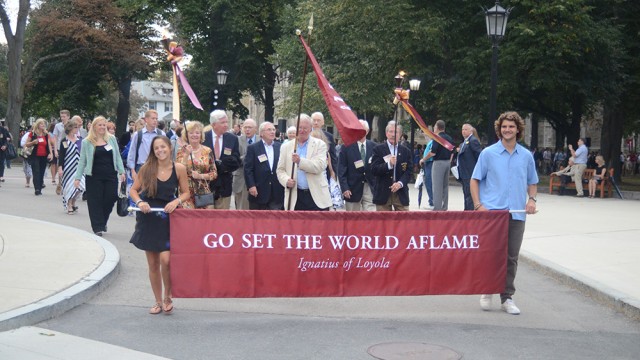 Raise Your Voice Against Injustice To Ignite A Long Absent Dialogue

I was once under the naive perception that college students were inherently more radical than other people, particularly about rights conflicts and injustices occurring on their campus and in the world at large. While this fantasy was largely influenced by my admiration of the American 1960s student movements, since coming to Boston College my dreams have been proved drastically incorrect.

The mantra of being educated to become “men and women for others” for some of us seems to stop when class ends, a service trip concludes, or a club meeting has come to a close. Shouldn’t a Jesuit-educated student want to make their voice heard in objection to injustices, violence, and general lack of recognition by the administrative bureaucracy? Why aren’t we staging memorials and actions about the innocent suffering derived from violence and disease in the Middle East and West Africa? From an observer’s standpoint the two greatest causes of this dearth of student demonstrating at BC are the sense of student apathy, as well as suppression of action and the lack of recognition by the institutional administration.

At 2007’s annual Career Fair, a group of students, faculty, and priests staged a “pray-in” in front of one recruiter who was involved in arms-dealing and other underhanded missions in accordance with the U.S. Department of Defense. A few years prior, another group of students had created a mock job-recruiting table that featured fake weapons. The intent was clear—these students felt passionate that the recruiter stood in contrast not only to their values as a group but also to the university’s Jesuit mission at large. Since then, any student protest, at least to my knowledge, has come and gone quietly, with none causing much of a stir.

This could be linked to the uncertainty within students fueled by a strict set of guidelines set forth in the Code of Student Conduct (4.6.9) that students must acquire permits to stage any sort of protest-like gathering. If approved, the dean of students then has the autonomy to choose a length, date, and location for the assembly to occur. The article delineates a slew of rules that students could abide by if they wanted to remain under the scrutiny and enforcement of the administration. While the permits are in place to ensure that violence or any destructive behavior does not ensure, they infringe upon free campus expression.

It’s easy to feel trapped in a maze of red tape and student apathy, especially if students want to express their opinions to their peers. When we see global injustices or certain policies that squelch expression and dialogues from occurring, why don’t we take a stand? Maybe my 1960s moment may never come during my time at BC, but perhaps this is an opportunity to open up a dialogue regarding administrative suppression and student complacency about blaring injustices and problems that need repair. This is certainly not a call to literally set the world aflame, but metaphorically, a little fire to ignite our student spirit could probably do us all a little bit of good and start to tackle the issues at play underneath it all.

student conduct social justice
Calvin Harris’ New Music Video Is Stunning, But Senseless
U2’s Latest Is The Surprise Release No One Asked For 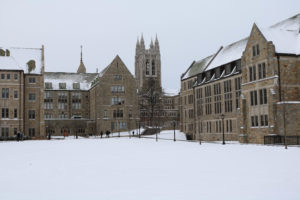