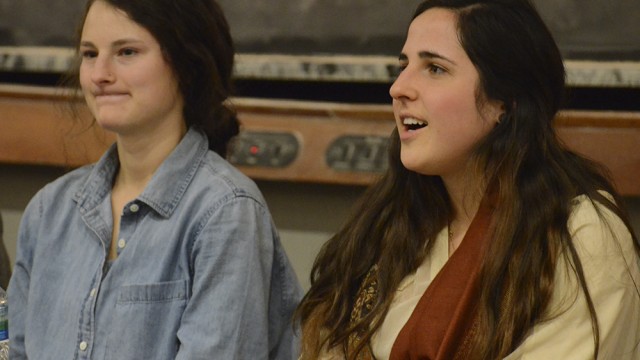 Boston College is well-known for its emphasis on social justice in its teaching and rhetoric, and though related initiatives certainly are not lacking, Social Justice Week proved to be a welcome addition to BC campus life.

In years past, the University celebrated a single World Justice Day. The AHANA Caucus, under the leadership of Angel Jehng, CSOM ’16, and Monica Azmy, A&S ’15, decided to expand the event this semester as a response to the BC community’s interest in the types of the issues the week attempts to address.

The extent of last week’s offerings was impressive. To put together five days of programming, the AHANA Caucus collaborated with eight major organizations on campus, including GlobeMed, BC Ignites, FACES, and CAB, along with 23 culture clubs. This inclusion of so many organizations, all with different focuses, accurately mirrors the theme chosen for the week, Martin Luther King Jr.’s words, “Injustice anywhere is a threat to justice everywhere.” It also provides an opportunity for clubs with different missions but the same commitment to improving the world around them to collaborate and become informed about causes that they have not personally championed.

“Social justice” is a buzz phrase often used within the BC community, and because of the frequency of its application, its meaning is quite variable. When used by a formalized program like 4Boston, for example, the phrase takes on a different flavor from when it is used to describe a more spontaneous expression of student activism, like the die-in protests of December.

Social Justice Week is a good addition in further educating students on the range of matters evoked by this phrase—it also offers an opportunity to reflect on its meaning. While social justice is a concept that is prevalent at BC, the education and action tends to be contained to students in the formalized programs or the students who actively seek out the information on their own. Social Justice Week was an attempt to make this type of information and access available to the less engaged student.

Social Justice Week could be criticized, as many BC programs could, for only providing information and not necessarily organization action on the featured causes. However, providing an educational week that busy students can drop in and out of according to interest is much better than not providing any information at all.

Initiatives like Social Justice Week should be continued, and all those involved in expanding the event’s offerings have done well in increasing the range of views offered.

2015 UGBC Election Season In Review
LTE: Letter From Climate Justice At BC Community To Jack Dunn