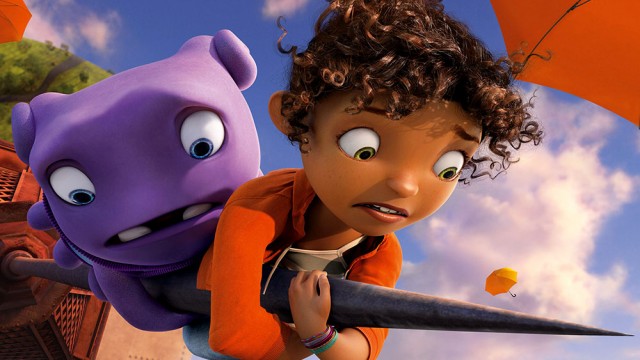 Boy-Meets-Alien Yet Again in DreamWorks ‘Home’

Okay, so it’s not the most unique storyline in today’s world of film. A human child meets an alien and, despite being from completely different worlds, an unbreakable bond forms between them. The concept was first introduced back in 1982, when children and adults alike fell in love with Steven Spielberg’s E.T., which has since been called one of the greatest children’s movies of all time. Audiences worldwide accompanied ET as he tried to “phone home” and shed tears during the pair’s final goodbye.

Twenty years later, Disney employed the same idea in Lilo and Stitch, most likely driven by the overwhelming success of its innovative predecessor. Since then, there has been a surge in children’s sci-fi movies which provide both escapism to other wacky worlds and emphasise that friendship comes in all shapes and sizes. This year, with a title clearly reminiscent of E.T.’s famous catchphrase, DreamWorks have jumped on the bandwagon with Home–a fun yet predictable attempt to put a modern twist on Spielberg’s masterpiece.

Inspired by the 2007 children’s novel, The True Meaning of Smekday by Adam Rex, Home tells the story of Oh (Jim Parsons), an overly-enthusiastic and clueless member of “the Boov”—a bizarre race, led by Captain Smek (Steve Martin), whose natural instinct is to flee from danger. When the Boov invade Earth, in order to hide from the Gorg, their mortal enemy, Oh accidentally sends an email to the entire universe (including the Gorg) divulging their new “secret” location. In the process of running away from his own people, Oh meets Tip (Rihanna), a spunky young girl who, along with her cat Pig has managed to escape capture. In order to save the world from a Gorg attack and reunite Tip with her mother (Jennifer Lopez), Oh and Tip join forces and, yes, you guessed it, become the best of friends in the process. Far from a straight-forward plot, however, the problems continue even after the email is prevented from reaching the Gorg, and Tip’s mother is found. The many twists and turns that follow prove difficult for even an adult to keep up with, never mind a young child.

While Home is certainly not destined to win a prize for most original (or cohesive) plot, Jim Parsons and Steve Martin, the voices of Oh and Captain Smek, steal the show. These two characters are sources of entertainment and comedy while providing welcomed breaks from Tip’s sulky tantrums which, after a while, become a little wearing. Much of this, of course, is thanks to the well-written script by Tom J. Astle and Matt Ember. Judging by the spontaneous bursts of high-pitched giggles throughout the theatre, Astle and Ember’s jokes, paired with Parson’s comical voice and perfect delivery, are exactly what children today want to hear. Even most of the adults couldn’t help but chuckle at Oh’s imperfect English and endearing naivety.

Unfortunately, what the dialogue unexpectedly lacks in cheesiness, the soundtrack makes up for. It’s almost impossible not to cringe at the fact that the movie is punctuated at regular intervals by a generic soundtrack made up of several of Rihanna and Jennifer Lopez’s own hits. These two ladies obviously saw the film as an opportunity to promote themselves as singers as well as actors. One can’t help but question how on earth Rihanna’s “Only Girl in the World” has any place in a children’s film about a little purple alien.

More concerning, however, is the fact that, in a film which is supposed to highlight the importance of having a friend, the characters’ relationship with technology dominates the film. With an email at the center of the entire plot, and Tip’s dependence on her iPhone to find her mother, Home is the depressing realization that childhood is not what it used to be. This is a world in which bikes have been replaced by mobile phones and fresh air is often avoided.

There is no doubt that Home, packed full of comedy and color, will be extremely popular with young audiences. Anyone who can remember the good old days of 1982, however, will not be as easily persuaded. Staying true to the film’s title, DreamWorks have undoubtedly played it safe, as Home displays nothing that we haven’t seen before. Instead, DreamWorks keeps to its comfort zone, employing an overused plotline, all-star cast, and popular music to ensure high box-office ratings. The worse part, however, is that Home draws attention to the sad truth of today–that a simple trail of Reese’s Pieces and a moonlit bicycle ride are no longer enough to meet the ever-growing demands of today’s iPad-dependent 10-year-olds. 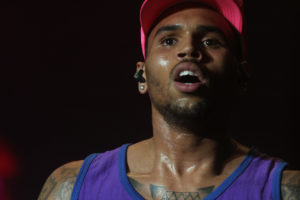