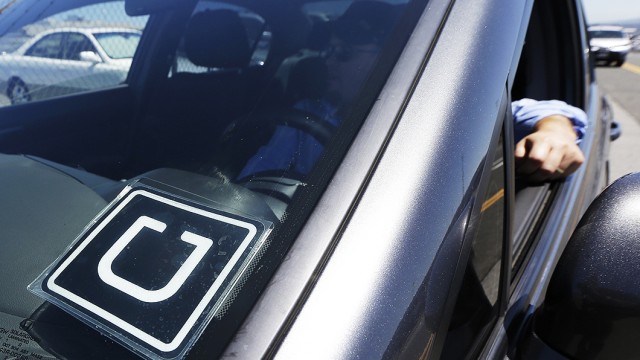 As of early August, there is a new mode of transportation Boston students and residents can take between point A and point B. Uber, the popular ride-sharing app, has brought its newest product to Beantown: UberPool.

The logic is the same as the typical, suburban carpool to soccer practice—cooperating with multiple parties traveling in the same direction while depleting the amount of traffic on the road. Uber clients can opt to share a car with a stranger in close proximity who is traveling to the same area.

Bringing the product to Boston makes perfect sense, Uber spokesperson Carlie Waibel said. “Boston is definitely a city of early adopters who are traditionally known for embracing innovation and technology,” she said. “And because there’s a condensed downtown area, it made it a perfect fit for UberPool.”

Boston’s uniquely saturated population of college students makes the city an ideal target for the new product. An UberPool client pays exactly half of whatever the regular UberX would cost—potentially giving 18-to-22-year-olds on a typical college student’s budget an incentive to share a ride into downtown.

Beantown is not Uber’s guinea pig. Boston is the fifth city to host Uber’s newest service, preceding the campaign’s successes in San Francisco, Los Angeles, Paris, and Austin. This past week marked the one year anniversary of UberPool’s launch in California.

While UberPool has only been available in Boston for a few short weeks, it has shown immense popularity in other parts of the country. After one year of its conception, Waibel noted, 50 percent of UberX rides in San Francisco are sought through UberPool.

“Students will find this option very affordable, very convenient, and a great way to be more green and have less cars on the road,” Waibel said, confident that Boston students and residents are going to embrace the new product.

According to a post on the company’s blog, the service is available in Downtown Boston, South Boston, Dorchester, Somerville, Brighton, Allston, Brookline, Jamaica Plain, Roxbury, and Cambridge.

UberPool’s launch on Aug. 13 came only days after a city-wide taxi driver strike in Cambridge, Mass. and a protest on city hall demanding stricter regulations on ride-sharing apps such as Uber and Lyft.

The Boston Globe reported on City Councilor Nadeen Mazen reasoning with the crowd of angry and frustrated cabbies, “You guys realize the constituency that supports Uber is the majority and you’re the minority, right?”

Earlier in the year, Governor of Massachusetts Charlie Baker proposed legislation that would put heavier regulations on ride-sharing apps, rules that are to be enforced by the state’s Department of Public Utilities.

Baker’s legislation was met favorably by ride-sharing companies and, not surprisingly, received backlash from taxi lobbyists who seek even stricter regulations around Uber and Lyft.

While the proposed rules attempt to ensure the safety of riders through driver background checks, Baker’s statement is clear: if the rules of supply and demand mean that taxis are out and Uber is in, it’s not his or the state’s place to interfere with the industry.

In July, two Boston legislators proposed an alternative solution to the debate. State Senator Linda Dorcena-Forry and Representative Michael J. Moran co-sponsored a bill that would require Uber to submit to regulations of the same intensity as taxi drivers, including commercial insurance and rigorous background checks.

In regards to the protests in Cambridge in early August, Uber’s public stance comes from a place of confidence. “As taxis put their own interests ahead of consumers,” the company said in a statement, “Uber will remain a safe, convenient way to get around, because both riders and drivers have made it clear that more choice and greater opportunity is important to them and their city’s transportation ecosystem.”

As for Baker’s legislation, the debate among city legislators will continue throughout the month of September. In the meantime, Uber argues that it will continue to make strides and gain prominence in a currently contentious and controversial debate.