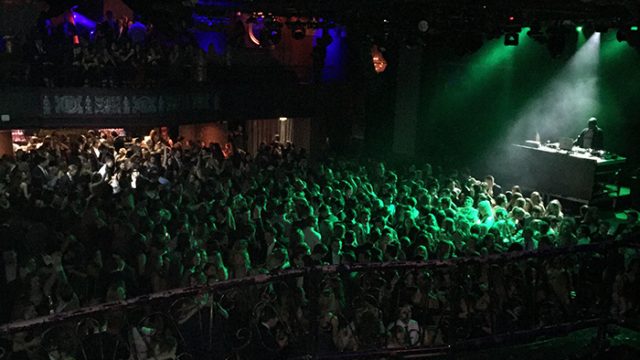 Seniors flocked to the Royale nightclub on Friday night for the annual 100 Days Dance, but many were not expecting what was to come: freezing weather, long lines, and slippery floors.

Several students say they were seriously injured as a result of such conditions that night, including Molly Collins, MCAS ’17, who fell on the dance floor and suffered a chin injury. Two other students suffered head injuries, and several others fell on the dance floor. Daniel Pimpinelli, MCAS ’17, was so taken aback by some of the problems seniors encountered that he decided to create a change.org petition.

“When we got inside, people were falling all over the place because the floors were slippery,” Pimpinelli said.

Pimpinelli believes the floors could have been slippery because of snow that was tracked in or spilled drinks, although he wasn’t sure.

When Collins suffered her fall, a student who is a nursing major helped her in the bathroom, and she managed to get through the rest of the night without seeing a medical physician. The next day, when she visited University Health Services, a nurse told her that she could have used three stitches. The nurse also told Collins that she often sees students with injuries the day after the 100 Days Dance.

Collins said the slippery floor affected other students, making it difficult for them to have a good time.

“It was hard to get anywhere,” she said. “People were hanging onto each other and waddling in their heels.”

“This was particularly bad. We had some line issues last year, however this year was much worse than it’s ever been in the past.”

On Saturday night, Pimpinelli posted the link to the change.org petition in the Boston College Class of 2017 Facebook group. The petition calls for May’s “Dance Through the Decades” event to be held at a different venue. Pimpinelli doesn’t have any specific venues in mind, as evidenced by the title of the petition, “Move the Location of Dance Through the Decades from Royale to literally anywhere else.” As of publication, the petition has 148 signatures so far.

“The 100 Days Dance on February 10, 2017 left a lot to be desired for seniors at Boston College,” the petition states. “From the unapologetically slippery floor to the head injuries to the absurdly long line in 18 degree weather (with snow), morale is low.”

He was mostly upset that he spent money for a three-hour event, but could only attend the last hour and half because of the issues with the line.

The Senior Week Committee, which is not funded by BC, is advised by Mark Miceli, the associate director of student engagement in the Office of Student Involvement. The committee is made up of 15 to 20 juniors and seniors who plan and promote events for seniors.

Only one student has reached out to Micelli directly expressing their concerns. Several students have asked for refunds through the box office, he said. Miceli was present during the event and noticed the long line.

“I think the arrival aspect was complicated,” he said. “Everybody seemed to arrive early and on time—which doesn’t happen that often—so the staff was overwhelmed by that.”

Miceli said that Royale has strict policies with bag checks and pat downs, which slowed the movement of the line. The snow on the sidewalk was an additional complication. Miceli said that in the moment, there wasn’t much the security at the venue could do. They were required to follow their security protocol.

The 100 Days Dance has been held at the Royale for the last 25 to 30 years. Miceli has heard complaints about Royale from students in previous years as well.

“This was particularly bad,” he said. “We had some line issues last year, however this year was much worse than it’s ever been in the past.”

Pimpinelli’s friend, who declined to comment, fell on the slippery dance floor and suffered a serious head injury. Another one of his friends also fell, and Pimpinelli said a nurse suggested that it seemed like a concussion. He noted that his friend was sober—she was sick that night and chose not to drink. Pimpinelli fell once himself, but was not seriously injured.

“It wasn’t a very pleasant experience. The fact that the Dance Through the Decades is slated to be happening at the same place, which for years people said they have had these recurring issues, I just think is kind of ridiculous.”

While Pimpinelli’s friend who got a concussion was brought to a room at the Royale, Pimpinelli said security asked her friends what they “gave her” that would cause her to hurt herself.

“It wasn’t a very pleasant experience,” Pimpinelli said. “The fact that the Dance Through the Decades is slated to be happening at the same place, which for years people said they have had these recurring issues, I just think is kind of ridiculous.”

Pimpinelli has not yet reached out to the Senior Week Committee to express his concerns, but plans to soon. He wants the signatures on his petition to serve as evidence that there are many seniors who are equally as displeased with Royale as the venue for these events.

Miceli did not witness any students fall or injure themselves that night. The first time he heard of students falling was during his interview with The Heights.

“I even asked the venue staff if there were any major incidents and they told me there weren’t, so I’m surprised to hear this because I asked for a report at the end of the night,” he said. “If anyone did get injured or hurt that’s a huge concern for us. I would find that alarming as well.”

The Royale was unable to comment at press time.

When Pimpinelli contacts the Senior Week Committee, he will urge them to find another venue to hold Dance Through the Decades and the future 100 Days Dance events. Miceli said it will be difficult to find a venue with the capacity of Royale.

“Finding another venue that size is challenging for us,” he said. “I think I’m going to ask the committee to seriously investigate what other options are available, and I’m sure that they will come up with other ideas. 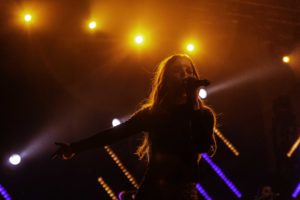