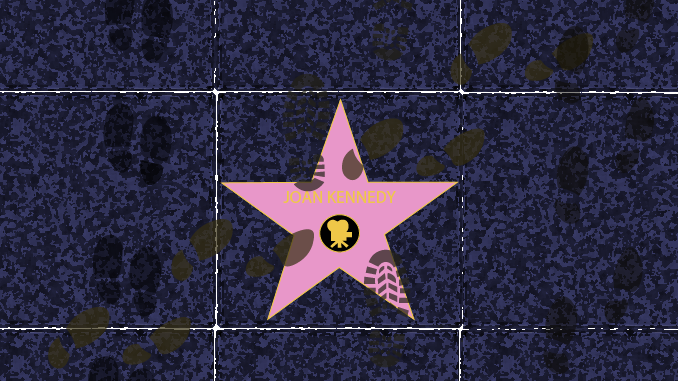 I went to Los Angeles for Spring Break and I no longer want to be famous.

When I was a young, I strutted around with false hopes of easily attainable fame because of Hannah Montana. She made it look so easy, as she sang “Best of Both Worlds” in a killer outfit on stage, and then casually hung out with Lily, Oliver, and Jackson over cheese jerky. I practiced singing in my backyard while shooting hoops—I think because I thought that was the place that no one could hear me (or maybe because I knew the whole neighborhood could hear me and was hoping to be discovered).

No matter my age, I was able to separate my hopes of fame from the everyday, but remained illusioned by the belief in fame as something I could fall back on if I failed at normal life. If I got in a fight with a friend, it didn’t matter because one day I would walk down the red carpet, burdened only by flashing lights and millions of fans chanting my name. My lack of understanding for algebra was not cause for distress, because when I was famous I wouldn’t have to know what time Train A and Train B would get to the station if they left at different times and traveled distinct speeds—I’d have a chauffeur, or at least three Ferraris.

My childhood illusions began to materialize in the seventh grade, when I was at my skinniest and prettiest (ask my five boyfriends from back then and my one boyfriend from now). I was asked to be the face of a new brand by one designer, told I would win a Seventeen Magazine modelling contest by an ex-model—who pushed me to enter and told me she would find me an agent—and was approached by various other people whose reasons I forgot.

I didn’t think it was the time for me to be a breakout superstar, so I ignored the requests and had those people talk to my people (my mom), who replied simply and effectively, as I turned back to my food.

“She eats too much, I don’t think she’d last very long,” she said.

So, with the help of my mother, I put fame on the backburner, in exchange for unlimited chips and salsa, and I was content.

When I decided to go to Los Angeles with my friends for Spring Break, I figured I would probably get scouted for a blockbuster movie, or at least a hit Disney Channel series that would lead to a subpar breakout into pop music. After escaping the East Coast hurricane, or whatever torrential storm that was in Boston right when break started, I felt especially hopeful walking Los Angeles’ sunbaked streets and breezy boulevards.

I was greeted by all of my favorite things: sunshine, outdoor brunch, and a bounds of beaches. The sand felt good in between my toes—even when it was still stuck in my shoes days later, an itchy reminder that I was on vacation, and the cat-sized seagulls swooping didn’t seem as threatening as they should’ve.

I wore big sunglasses and hiked to the top of the Hollywood sign. But soon the sand between my toes became bothersome.

We set out to visit Grauman’s Chinese Theatre, where the best of the best in cinema are acknowledged by putting their foot- and handprints outside in concrete slabs. John Wayne, Jim Carrey, Marilyn Monroe, Eddie Murphy, Steven Spielberg, Mel Gibson, Meryl Streep, and Donald Duck (to name a few) all are memorialized there—their presences documented by the ghostly emptiness of their palm imprints in stone.

The greyness of the courtyard was obstructed by the hordes of people running from slab to slab taking pictures—with their khaki shorts sagging and Oakley’s somehow staying balanced on their sunburnt noses. I looked up at the tacky-looking theater in disappointment.

It was not charismatic or enticing, the way it looks with the right camera angle, and they wouldn’t even let us see the inside unless we bought a bag of popcorn. I was hoping to have been let in for free, but was even more sad to find that the theater so many strive to walk into for a premier quantified itself in terms of greasy kernels with charcoal centers.

For redemption, we headed to Dolby Theatre, because, although we failed to get invited to the Oscars on such short notice, we still wanted to see the venue. We walked through a shopping mall, where parking was free for under an hour with validation. I peered into Sephora and Guess as we strutted past them and turned the corner to the epicenter of cinematic glamour.

Dolby Theatre is in no way majestic. My Hollywood dreams were plastered over with cheap, rotten milk-colored tiles, and all big screen aspirations covered by used carpets Dolby had gotten on sale from Carnival Cruises.

Only the elite make it to Dolby Theatre for the Oscars. The theater looks gorgeous when done up for the awards show, with its beautiful drapery and red carpet, which made its reality even more disgusting—I felt like I had been lied to. People spend their entire lives pursuing their passion, only to end up in the same place as Auntie Anne’s pretzels. It’s a cheap theater in an ugly mall—the epitome of American consumerism—covered over with the illusion of glamour, dressed up in red, black, and gold for those sitting and watching on their couches, green with envy.

When I’m feeling optimistic, I like to think the movie industry’s purpose is to artfully document experiences so that we can live a thousands of lives instead of just one, but standing in the lobby of Dolby Theatre made me think it was all just one big scheme. The Oscars are an over-packaged item.

In their essence, the stars on the Walk of Fame are cool. But in reality, they’re just things people trample over. They’re ironic—what’s a star on the ground? Not a star at all. What’s a star on earth? That doesn’t exist. You could be the biggest movie star in the world, you could “make it,” but you’ll just have your name walked all over.

As usual, I had an existential crisis, and this one happened to happen in Los Angeles. My mom always told me fame was a silly thing to want, a stupid thing to strive toward. I always gave her a “Yeah OK, you’re right,” and went back to dreaming, because I thought people who hated on celebrities had just never become celebrities themselves. But being in the hotbed of stardom made me realize how artificial celebrity is.

“Everyone in L.A. has a story. And they always ask you what your story is,” I heard someone say over drinks with a couple of friends, shaking his head.

The city is wack, and you don’t realize it until it hits you in the face, right when Dr. Dre’s son spills a drink on you. Everyone pretends they don’t care about celebrities, as if acting above it all makes them a part of it all, but when you’re sitting at Il Pastaio in Beverly Hills, you’ll notice that everyone is looking over their shoulder to see who’s sharing calamari at the next table. Even the celebrities—who probably called the paparazzi to let them know where they were—look around, scanning the horizon for some kind of validation, I thought, as I punched my friend in the arm.

“Isn’t that the girl from White Collar?” I said. 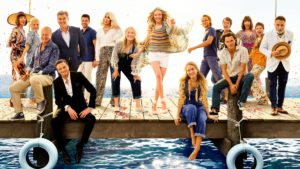