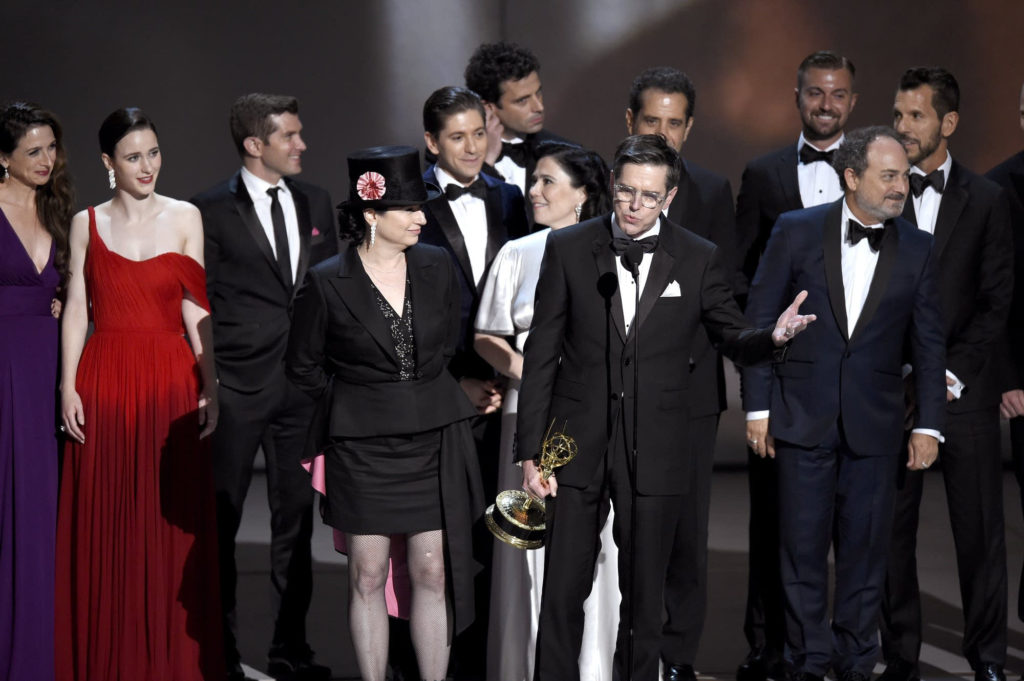 Television’s “biggest night” rolled around again this year with the 70th Emmy Awards. As always we were treated to an opening red carpet show focused on eccentric dresses and the stars wearing them. This Emmys show seemed to pay particular attention to the issue of diversity in television. The show opened with a musical number featuring Saturday Night Live stars Kate McKinnon and Kenan Thompson titled “We Solved It.” This number sought to show how far black and female actors have come in television. The irony, however, came in the fact that it took over an hour for this diversity to show itself on stage. It wasn’t until Regina King won the Emmy for outstanding actress in a limited series (Seven Seconds) that a black actor or actress  won an award.

Eventually we were introduced to our co-hosts, Colin Jost and Michael Che. The pair are most famous for their roles as the news anchors on the recurring SNL skit “weekend update”. Their chemistry on stage is clear, and they actually turned out to be a highlight of the show. On this topic however, there were at times too much SNL. The Emmys producer, Lorne Michaels, also writes and produces SNL, and seemed all too willing to  allow the sketch comedians to take over the show. Certain bits dragged on forever and fell flat on their face, most notably a recurring bit between Maya Rudolph and Fred Armisen that failed to get a single laugh out of the audience.

There were two moments in the show that stood out above all the others. The first of these was a brief but heartwarming appearance by television legend Betty White. White herself has won eight Emmys in eighty years of acting, most notably on the hit show Golden Girls. The 96-year-old icon took the stage and delivered the most heartwarming moment of the night. White recalled a conversation she’d overheard where a mother told her daughter that White was the first lady of television. She had taken this as a compliment until the daughter dropped her punchline of “first lady, she’s that old. She was the first one way back?”

White’s ageless charm is undeniable, and made for a welcome break from comedic skits. The second show-stopping moment came from Glenn Weiss. Weiss took the stage to accept his Emmy award for outstanding directing of a variety special for his work on the Academy Awards. Weiss started his speech with all the usual stuff, thanking his colleagues and family, until he got to thanking his girlfriend. Suddenly Weiss pulled his mother’s ring out from his coat and is down on one knee, proposing to his girlfriend on stage. She said yes (of course) took the stage with her husband to be, resulting in a standing ovation and thunderous applause.

This year’s Emmys was also notable for the number of fresh faces claiming awards. Amazon’s new comedy series The Marvelous Mrs. Maisel which revolves around a female stand up comic in the 1950s, dominated the comedic block of awards. Netflix also made its mark on the ceremony with its original series The Crown winning five Emmys and the Sci-Fi anthology series Black Mirror winning four as well. The big numbers put up by these streaming giants are beginning to mark a shift in how we watch our favorite shows. People seem to be perfectly content, if not more inclined to binge shows on streaming services than they are to wait for weekly installments on cable. If Amazon and Netflix continue to dominate the Emmys, cable networks like NBC may have to rethink their tactics.

Of course in the end, Game of Thrones returned to reclaim its crown as the most outstanding drama on television. Game of Thrones actor Peter Dinklage also took home the Emmy for best supporting actor in a drama series. This is a well deserved comeback for the show which enters its eighth and final season this April with great expectations and even greater anticipation. HBO claimed more glory with its new comedy series Barry for which Bill Hader won outstanding lead actor and Henry Winkler won outstanding supporting actor. Thandie Newton also took home the Emmy for outstanding supporting actress in a drama series for her work on the drama Westworld. Most notably however has to be Last Week Tonight with John Oliver’s third straight Emmy win for outstanding variety talk series. Despite the rise of Amazon and Netflix, HBO does not seem to have lost a step.

To sum things up, the 70th Emmy awards was, as always, a glamorous event filled with equally glamorous stars. It is always a treat to see actors and actresses interact with each other in this setting, and this year’s awards were no different. 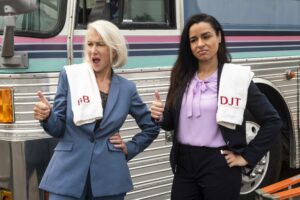