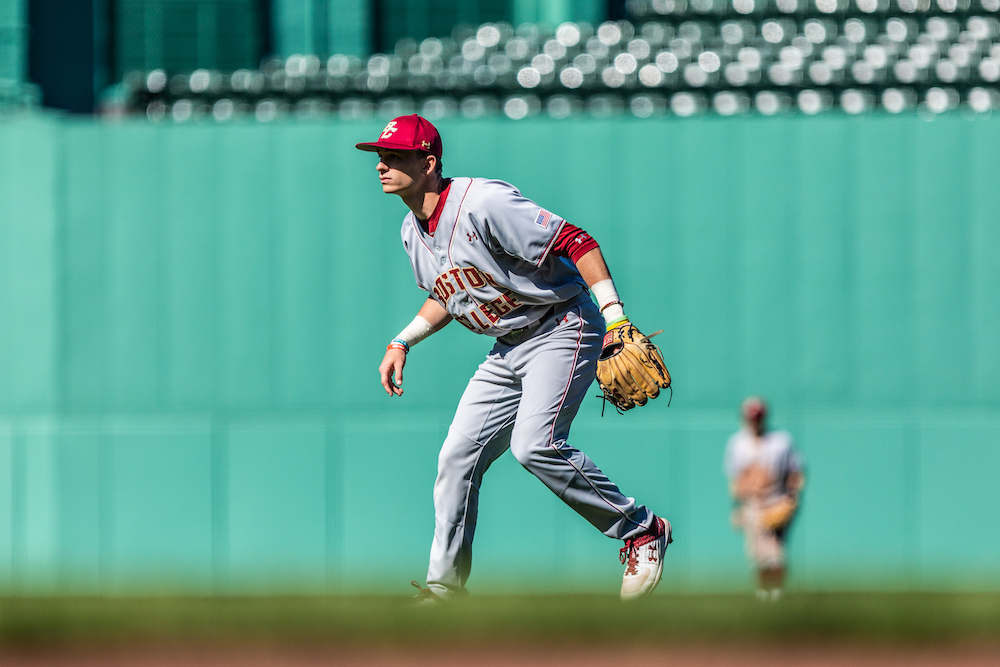 Last year, behind a trio of All-ACC freshman and a dominant year from starter Dan Metzdorf, Boston College baseball picked up its play late in the season—even winning two games at the ACC Tournament for the first time since 2009—and set the stage for a dynamic 2020 campaign. Metzdorf is gone, but the bulk of the roster returns and hopes are sky-high for a big year under head coach Mike Gambino.

On Wednesday, the program released its 2020 schedule, which features 20 straight road games to start the year before a 14-game home stretch. Here’s what you need to know about some of the key opponents, which include a pair of College World Series teams from last year.

→ The Eagles open the season down south, meeting the Huskies for a neutral site series. Northern Illinois went just 20-36 last season, losing 10 of its first 12 games, and is a MAC opponent that BC should be poised to start the year strong against.

→ The path quickly gets difficult, with a three-game series against the Sun Devils. An at-large bid in last year’s NCAA Tournament, ASU went 21-4 in non-conference play and should be similarly tough in 2020. The Sun Devils were pegged by NCAA.com as the “way-too-early” No. 19 team in the country, returning a scary lineup and an experienced pitching staff.

→ From 2000 to 2014, the Gamecocks made an NCAA Tournament appearance every single year. Now, in the last five years, they’ve missed it three times. Last season, South Carolina went just 28-28, struggling with injuries, and the path back is difficult. The Gamecocks saw seven players sign pro contracts and six transfer, so they’ll be an interesting opponent this spring.

→ Davis Sharpe and Mat Clark, the Tigers’ duo of talented starting pitchers, return for a team that is consistently among the conference’s best. Last year, BC snuck by Clemson in pool play of the ACC Championship, so the Tigers will be looking to avenge that setback.

→ The Wolfpack finished last season 18th in the country in RPI, racking up 42 wins before falling ingloriously in the regional round of NCAAs. All-ACC First Team selection—and the conference’s defensive player of the year—Will Wilson is on to the majors, but All-Conference players Patrick Bailey and Tyler McDonough return.

→ After 20 consecutive road games, BC finally returns home to the Harrington Athletics Village in mid-March. The Eagles will face a Siena team that has struggled as of late. Members of the MAAC, the Saints last appeared in the NCAA Tournament back in 2014—which was their first appearance since 1999—and went just 18-33 last year.

→ The home opener marks the start of a prolonged stretch at home, with 14 straight games being played in Brighton. The next three come against a Hokies side that finished a game under .500 in 2019 and managed just nine conference wins. Things might not get easier as Virginia Tech’s lone All-ACC selection, second baseman Jack Owens, graduated.

→ Just two weeks after playing the Huskies, the Eagles will square off with their nearby rivals again in the Beanpot. Northeastern finished a game below .500 last season but came within a single run of winning the CAA Championship.

→ It’ll certainly be different with the iconic No. 11—Mike Martin Sr.—no longer managing the Seminoles. He’s passing the reins on to his trusted son, though, and Mike Jr. has been with the program for the last 22 years. FSU reached the College World Series last year and brings in a strong recruiting class and plenty of returners.

→ The Cavaliers are always a tough opponent, but they’re coming off a year in which they missed the NCAA Tournament for the first time since 2003. They’ll bring back All-ACC First Team selection Nic Kent, who had a dynamic freshman campaign, and the bulk of their pitching staff.

→ Last year’s starting rotation of Connor Thomas, Amos Willingham, and Xzavion Curry all went in the MLB Draft, so it’ll be a much different looking pitching staff for the Yellow Jackets. Still, Georgia Tech has several promising arms and brings back potent bats in Michael Guldberg, Luke Waddell, and Colin Hall.

→ The season wraps up with the Demon Deacons, who return the majority of their roster and the No. 26 recruiting class in the country. Wake Forest went 31-26 last season and took two of three from BC in what was a crazy weekend series—the Demon Deacons lost the first game, but then won the next two by a combined score of 35-12.