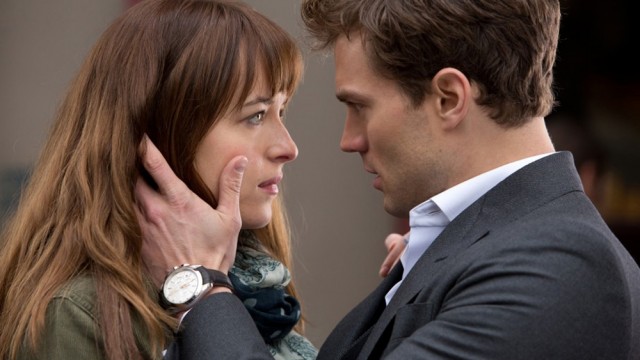 Fifty Shades of Grey is about more than just sex, however. The series has come under fire as several critics and domestic violence groups have derided the novels for glorifying a manipulative and emotionally abusive relationship.

When billionaire CEO Christian Grey first meets Anastasia Steele, he immediately becomes obsessed with her. He follows her to her workplace unannounced, tracks her cell phone and confronts her on the street, and lets himself into her bedroom without any warning or notice. Nearly every interaction between Ana and Christian is marked with emotional abuse, including stalking and intimidation.

When they begin dating, Christian quickly assumes control of all aspects of Ana’s life. He sells her car and purchases a new one that he approves of, tells her what clothing she is permitted to wear, controls what doctor she sees and contraceptives she takes, and monitors her eating habits—all without her permission or consent. Christian solely dictates when they will meet and how affectionate they will be with each other. He also threatens to end all contact with Ana if she discloses the nature of their relationship to her friends and family, essentially isolating her from her loved ones. When Ana defies his rules by scheduling a trip with her family without his permission, she sparks his violent outrage (“You are mine. All mine. Do you understand?”)

At the same time, severe childhood abuse renders Christian emotionally distant and unable to form relationships outside the context of abuse. When Ana reaches out to him, she doesn’t know if he’s going to be receptive or cold—he is kind to her one minute and pushes her away the next. This inconsistently keeps Ana under his control and fuels the belief that women can somehow change an abusive man and make him love her back. By this same regard, Christian occasionally showers Ana with expensive gifts and takes her on lavish trips and helicopter rides, all for the sake of convincing her to sign a BDSM contract stipulating sexual domination and lack of romantic love. These grand gestures lack any emotional depth and reinforce the belief that sexual control over women can be bought with extravagant gifts.

3 COMMENTS ON THIS POST To “‘Fifty Shades’ Of Abuse”