Home » Boston College Was Inefficient in Communicating With Students, Faculty, and Staff Regarding Closing 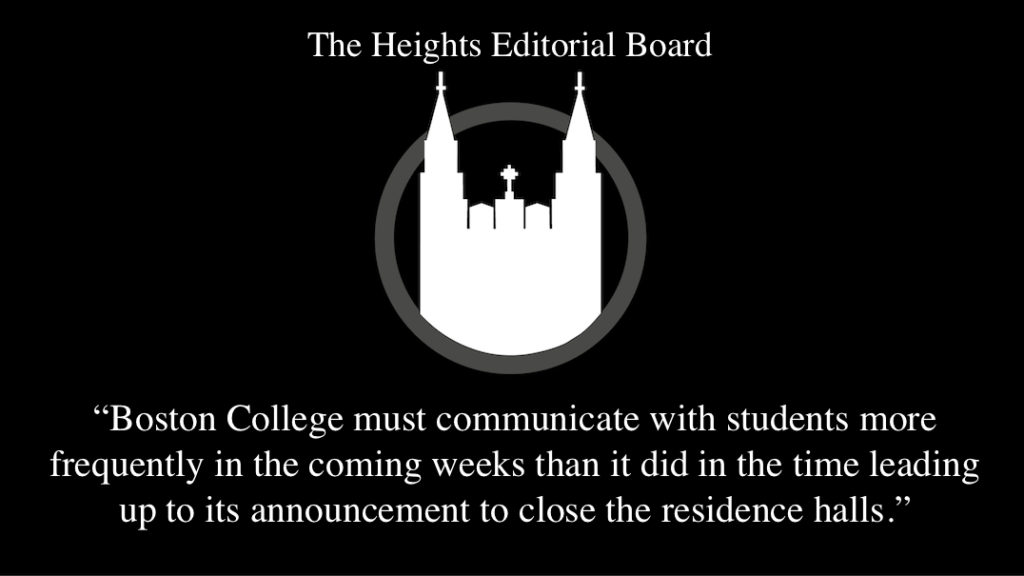 Boston College Was Inefficient in Communicating With Students, Faculty, and Staff Regarding Closing

Boston College has communicated inefficiently with students, staff, and faculty regarding coronavirus. Administrators have been slow to announce updates, as rumors have circulated on campus and student anxiety has grown.

The day before the University announced it was requiring students to move out of residence halls and moving all classes online, it rejected rumors that a BC student had the virus and the University was planning to move all classes online the next day. After that statement, BC did not tell students when they could expect an update. The next communication students received came in waves shortly after 5 p.m. on Wednesday, informing them that they had four days to vacate residence halls and move out for the remainder of the semester.

In the days and hours leading up to the announcement, professors, departments, and the Carroll School of Management communicated with students about moving classes online, or dropping attendance requirements. The lack of coordination between the administration and the academic deans and department chairs was evident.

After receiving the update, several important questions from students went unanswered for over 24 hours, until  Executive Vice President Michael Lochhead sent an email after 8 p.m. telling students they would receive a refund––the amount is unknown––for University housing and they will not receive a refund for tuition. He also explained the resources they have for moving out, among other things.

The University has yet to say when students who filed an appeal to remain in residence halls will find out if they will be allowed to stay. Students need to know when they will be informed of their application status so that they can make plans in the event they are not approved.

The University did not explain its decision to give students four days to move out. This tight time frame can pose challenges to students, especially international students, who may face difficulty finding affordable options for traveling home and may need to stay on campus after Sunday. Some LGBTQ+ students have told The Heights that they are concerned because they cannot return home and do not know if they’ll be granted an extension or not. Telling students when they will hear about housing could help to alleviate the stress of uncertainty, and it would give these students a better chance to make alternative arrangements.

It is understandable that decisions had to be made quickly, given that the outbreak has now become a pandemic. A decision about COVID-19 could not have been easy. But in a crisis, the key to a good response is communication.

In the absence of University guidance, faculty have stepped up to help students. A Google Form has been circulating, in which over 100 faculty members have signed up to assist students with anything from storage to housing to financial assistance. In times of crisis, it is reassuring to see faculty caring for students. Ultimately, though, it should not be on faculty members to provide this support.

Boston College must communicate with students more frequently in the coming weeks than it did in the time leading up to its announcement to close the residence halls. It has an obligation to its students, staff, and faculty to keep them informed, and administrators must do their best to support the BC community, even as most leave campus. 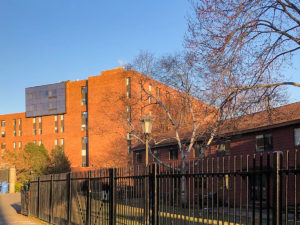